Giovanni Battista Piranesi (1720–1778), Italian etcher, engraver, designer, architect, archaeologist and theorist. He is considered one of the supreme exponents of topographical engraving, being his lifelong preoccupation with architecture a fundamental aspect of his art. His prolific output of etched plates, which combined remarkable flights of imagination with a strongly practical understanding of ancient Roman technology, fostered a new and lasting perception of antiquity. He was also a designer of festival structures and stage sets, interior decoration and furniture, as well as a restorer of antiquities. 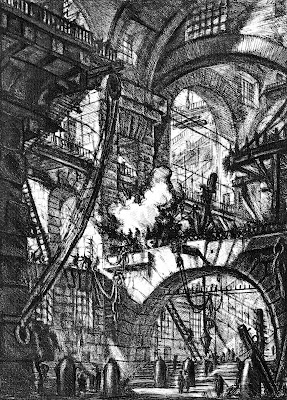 The Carceri d'invenzione is a series of 16 prints. The first state prints were published in 1750 and consisted of 14 etchings, untitled and unnumbered. For the second publishing in 1761, all the etchings were reworked and numbered I - XVI.
The plate above is the sixth.
No comments: 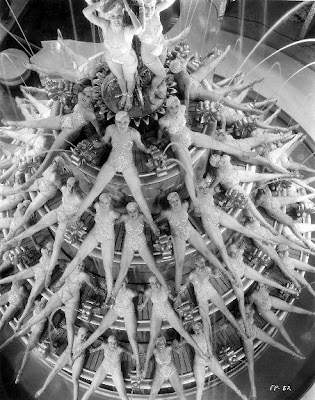 Busby (1895 – 1976) was one of the greatest choreographers in the movie musical. He started his career in the US Army in 1918, as a lieutenant in the artillery conducting and directing parades. He became famous for his elaborate musical production numbers that often involved complex geometric patterns. 's works used large numbers of  showgirls and props as fantasy elements in kaleidoscopic on-screen performances.
For more information, please click here, and here
No comments: 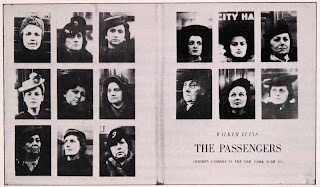 Between 1938 and 1941, Walker Evans used a hidden camera to make more than six hundred photographs of passengers riding the subway. Although the setting was public, Evans found that with his subjects unaware of the camera and lost in their thoughts, "The guard is down and the mask is off . . . even more than when in lone bedrooms (where there is a mirror), people's faces are in naked repose down in the subway." He later wrote that the subway series was his idea of what a portrait ought to be, "anonymous and documentary and a straightforward picture of mankind".
No comments: